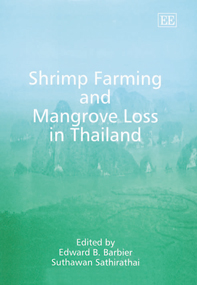 Through in-depth case studies of local communities in four distinct coastal areas in Southern Thailand, the authors are able to assess objectively the underlying economic causes, and consequences, of mangrove deforestation due to the expansion of shrimp farms.

Chapter 9: Analysis of Shrimp Farms’ Use of Land