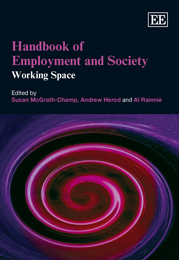 Eric Lee More than a decade ago, I published what was the first book-length discussion of trade unions and the Internet (Lee, 1997). The penultimate page included the following passage: When Marc Belanger in Ottawa and Vassily Balog in Moscow are discussing an international labour university online, where are they? One answer Internet users will usually give is ‘cyberspace’. That’s true, but it’s not enough. Because the discussion about Belanger’s proposal took place not so much in cyberspace as in a particular part of it which I have been calling the emerging global labournet (Lee, 1997, p.185). In raising the question of ‘place’ back in 1996/7, I was touching on issues which I address more fully in this chapter. The published book included a link to a website which had been set up to include updates listing, for example, new websites set up by trade unions. Within a few months, that website had become much more than its author had intended. First, it began including a ‘labour website of the week’ feature – not a simple task considering how few labour websites there were back in 1996–7. Then it included an annual competition for the Labour Website of the Year, which was won, in the first year, by a site which achieved just one vote more than the competition.1 By the end of 1997, it began to include links every day to labour news stories about South Korea. In March 1998 that site was re-launched as ‘LabourStart’, specifically designed as...