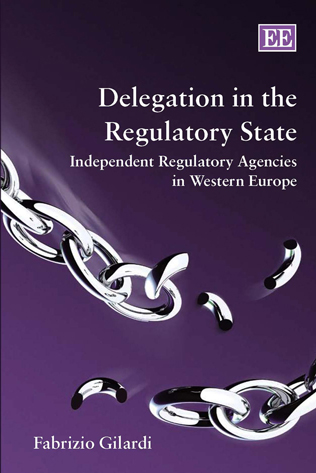 Delegation in the Regulatory State

During the past 25 years, independent regulatory agencies have become widespread institutions for regulatory governance. This book studies how they have diffused across Europe and compares their formal independence in 17 countries and seven sectors. Through a series of quantitative analyses, it finds that governments tend to be more prone to delegate powers to independent regulators when they need to increase the credibility of their regulatory commitments and when they attempt to tie the hands of their successors. The institutional context also matters: political institutions that make policy change more difficult are functional equivalents of delegation. In addition to these factors, emulation has driven the diffusion of independent regulators, which have become socially valued institutions that help policymakers legitimize their actions, and may even have become taken for granted as the appropriate way to organize regulatory policies.

INTRODUCTION Why do politicians sometimes delegate powers to authorities that they cannot directly control? This chapter argues that part of the explanation rests on the fact that choices must often be made over time (Loewenstein and Elser, 1992). In many cases, both for individual and collective actors, a decision is taken at time t and must then be implemented or conﬁrmed at time tϩ1. At this moment, the temptation to change the previous decision may arise. While often this time inconsistency is innocuous, sometimes it can have serious consequences. This is why people and groups alike may decide to bind themselves, like Ulysses facing the Sirens (Elster, 1979, 1992; Sally, 2000). At the same time, self-binding also entails binding others (Elster, 2000). The problems of choice over time, then, can imply the imposition of constraints both on oneself and on others. In a political context, choice over time gives rise to two problems of credible commitments and political uncertainty. In the former, time-inconsistent preferences lead to a lack of credible commitment capacity, which may prevent policy makers from achieving their goals. In the latter, the democratic process, which implies that diﬀerent governments hold power in turn, means that decisions can be reversed. This chapter demonstrates the relevance of these two points for delegation to independent authorities. The next section shows that standard principal-agent theory cannot account for delegation to independent agencies. Principal-agent models argue that principals tend to choose agents that are as similar to them as...