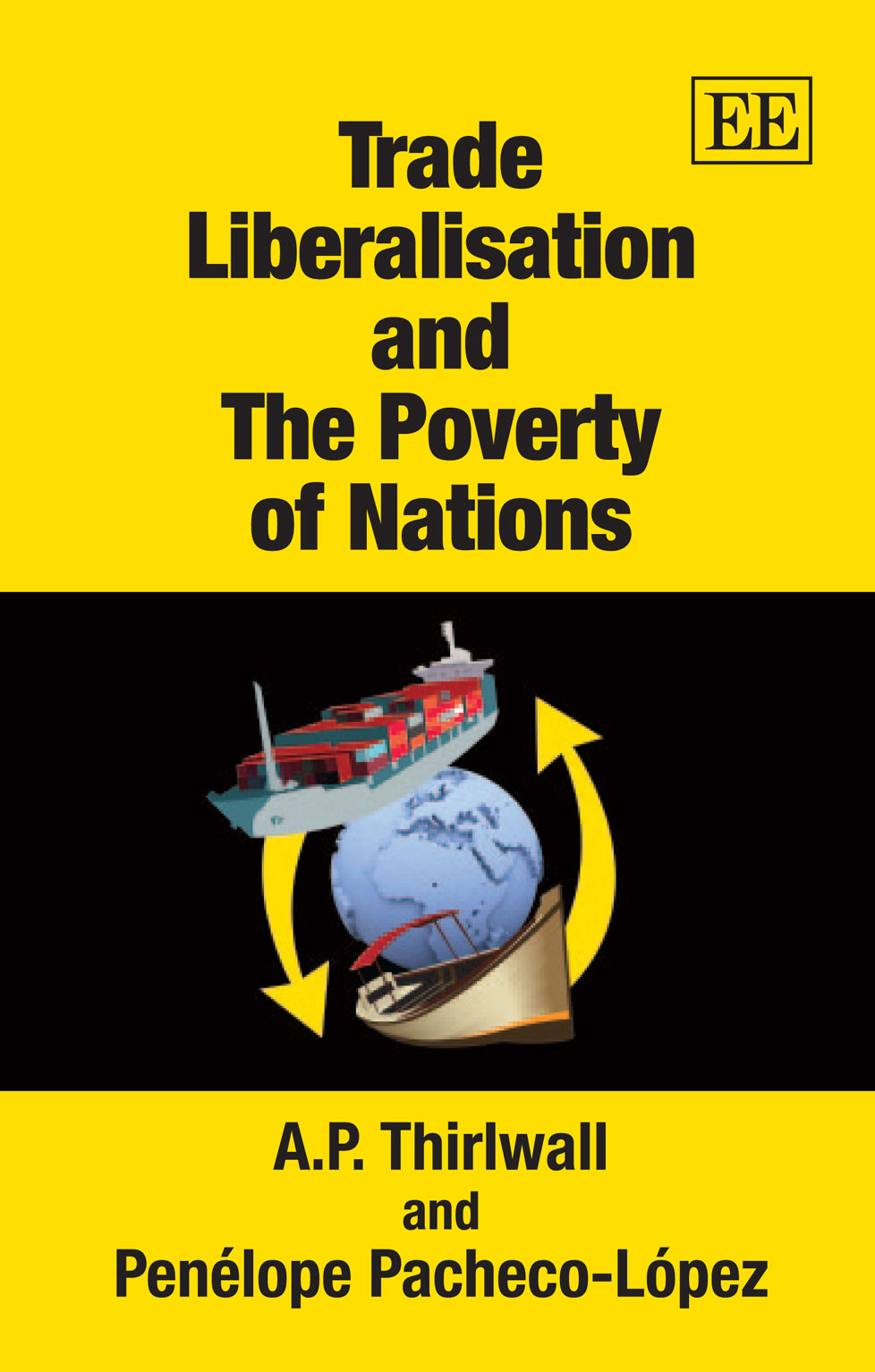 Trade Liberalisation and The Poverty of Nations

A. P. Thirlwall and Penélope Pacheco-López

This book argues that orthodox theory is based on many unreal assumptions, and that there are sound economic arguments for selective protection of industrial activities in the early stages of economic development. The historical evidence of the now-developed countries also illustrates this fact.

A. P. Thirlwall and Penélope Pacheco-López

[T]he poorest half of the world’s population received less than one-tenth of the global growth in the 1990s. In fact, the 19 per cent of world population living on less than $1 a day received less than 2 per cent of the increase in global consumption. (Edward, 2006) Facts and Orthodoxy We live in a very divided world between rich and poor; between the ‘haves’ and the ‘have-nots’. By any measure one cares to take, the evidence is unequivocal that the world’s income is distributed extremely unequally between nations and people. The World Bank classiﬁes the countries of the world into three broad categories: low-income, middle-income and high-income countries. In 2005, the average level of per capita income in the low-income countries, containing 2.4 billion people, was US$580, compared to US$35 000 for the high-income countries containing one billion people. This gives a relative income gap between rich and poor countries of approximately 60:1. The relative income gap between rich and poor people, of course, is much higher. If the income per head of the poorest countries (roughly $100 per head in Burundi and Ethiopia) is compared with the 107 108 Trade liberalisation and the poverty of nations richest countries such as Norway, Switzerland and the United States, the relative gap is approximately 600:1. And, if the income per capita of the poorest people in poor countries is compared with the income per head of the richest people in rich countries, the gap becomes...