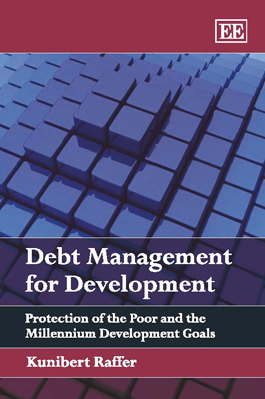 Protection of the Poor and the Millennium Development Goals

This book exposes intolerable global double standards in the treatment of debtors and argues that fairness, economic efficiency and principles common to all civilized legal systems, must and can be applied to so-called ‘developing countries’, or Southern sovereign debtors.

SOVEREIGN DEBTS BEFORE 1945 Initially, sovereign debts of Southern countries (SCs) were largely a phenomenon of Latin America and those few countries, such as the Ottoman Empire, that were not colonies. Like at present, bonds were the preferred instrument. Financing their wars of independence with British loans, most Latin American nations came into existence with huge debts. Debt servicing problems soon surfaced. In 1846 creditors even financed an unsuccessful Spanish invasion, hoping that Spain would repay those loans that had helped its colonies gain independence. Characterized by high effective interest rates and frequent defaults Southern debt was roughly comparable to modern junk bonds. Only fractions of face values were actually disbursed, the rest going into front-end fees and prepaid interest. Typically, around one third of an English loan would actually reach Latin America during 1822–26. In 1825 Greece received 13.75 per cent of a loan’s face value, carrying a front-end discount of 43.5 per cent. Such terms make one suppose that full repayment was not expected anyway. Creditors tolerated massive buy-backs by debtor countries. Many countries could buy back up to half of their distressed bonds at secondary market prices. Bolivia in 1886 or Ecuador in 1898 stand out as especially successful cases. Chile even had special entries in her budget that provided funds to effect buy-backs (Acosta, 2001, p. 25). The USA – then a developing country – has an interesting history of non-payment. Quasi sovereign with regard to debts pursuant to the 11th Amendment, US states have an impressive...