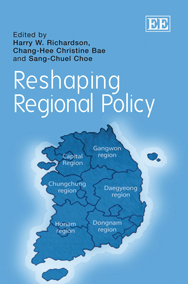 Patrick Crézé Historically, France has had a long-standing tradition of centralism. From the fourth and fifth centuries, France constituted itself as a country through successive gatherings of regions around the Ile-de-France region, through either conquests or alliances. Until recently, the distrust characterizing relations between the centre and the periphery of France resulted in a very centralized organization and in the integration of languages and cultures through the educational and legal systems. This organization also enabled France to be a great power in the seventeenth and eighteen centuries, symbolized by the reign of Louis XIV or the Napoleonic Empire. The French Revolution also perpetuated it. More recently, in the twentieth century, this centralized organization also enabled the French governments to implement ambitious industrial policies, which resulted in some recognized achievements – such as the high speed train (TGV), nuclear energy and aerospace. After the Second World War, the French state implemented a very voluntarist spatial planning policy, not only to rebuild the country but also to rebalance economic and social development between regions. This voluntarist policy resulted in the creation of new towns around Paris, the relocation of economic and administrative activities in other regions (for instance, the car industry and telecommunications in Brittany, and aeronautics in the Southwest of France) and the compensation of territorial handicaps. All of this was made under the auspices of DATAR (Agency for Spatial Planning and Regional Action), an interministerial agency, part of the Prime Minister’s office in charge of spatial planning, which was created...