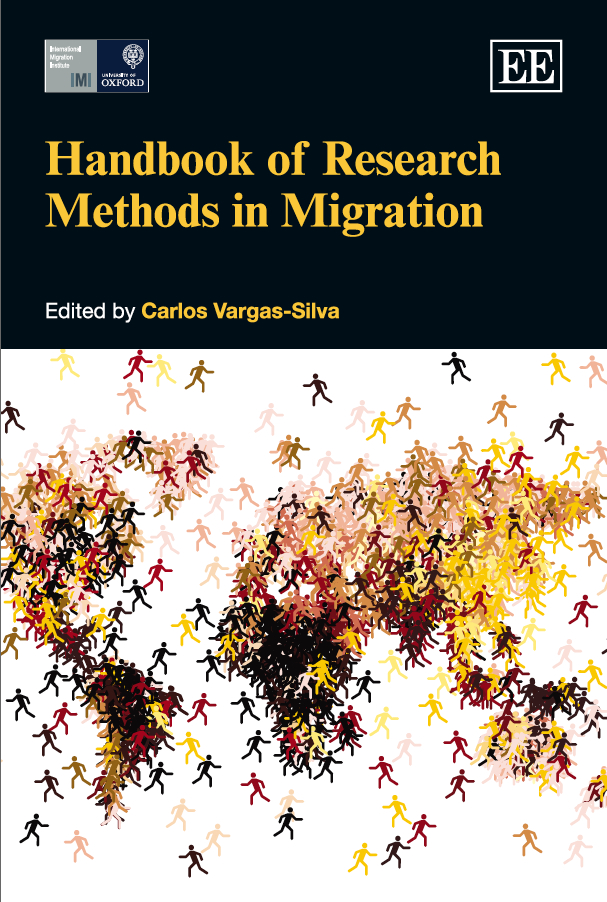 Handbook of Research Methods in Migration

Covering both qualitative and quantitative topics, the expert contributors in this Handbook explore fundamental issues of scientific logic, methodology and methods, through to practical applications of different techniques and approaches in migration research.

Calogero Carletto, Alan de Brauw and Raka Banerjee This chapter provides basic guidelines to researchers interested in studying migration for collecting migration information as part of a multitopic household survey. Although migration has been an important phenomenon shaping the demographic profile of countries for centuries, the past decade has seen migration rapidly rise to become a prominent feature of the world economy. According to the United Nations (2009), the number of people living outside their country of birth is now increasing faster than world population growth. Since 1975, the global stock of migrants has more than doubled to more than 213 million, representing approximately 3.1 percent of the world’s population. Corresponding to the increase in international migration, remittances from migrants residing in developed countries to households in developing countries have increased significantly. Formal remittance flows – which grossly underestimate total remittances – totaled $328 billion in 2008 and were second only to foreign direct investment (FDI) as a capital flow into developing countries (IFAD, 2007; Ratha et al., 2009). For many developing countries, remittance flows are larger than FDI and Official Development Asssistance (ODA) combined, and in at least 42 countries migrant remittances account for 10 percent or more of gross domestic product (GDP) (IFAD, 2007; World Bank, 2011). As international migration and migrant remittances have increased, migration has once again emerged as a contentious policy issue in both developed and developing countries (Global Forum on Migration and Development, 2007; Massey, 1999). Policies to further liberalize migration flows into developed countries often...