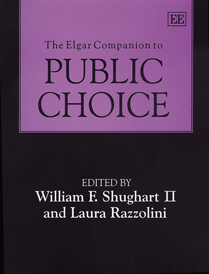 Chapter 17: The interest-group theory of government

Robert B. Ekelund, Jr and Robert D. Tollison 1 Introduction The interest-group theory of government seeks to explain governmental behavior on the basis of the costs of organizing interest groups in order to seek wealth transfers through the aegis of the state (or, what is analytically the same thing, the costs of organizing interest groups to resist governmental expropriation of wealth). As such, interest groups have long commanded the attention of scholars who sought a better positive understanding of how government works or a better normative understanding of the possible social costs of interest-group behavior. In this regard, for example, one need look no further than Adam Smith’s writings on the mercantile system or James Madison’s commentaries on factions for early trenchant analyses of interest groups. Moreover, in the scholarly literature of political science, there is a strong tradition of interest-group analysis, dating back at least to Bentley (1908) and clearly illustrated in Truman (1951). Economists were latecomers to the idea that interest groups are important analytical units, which form the basis for a positive–predictive theory of government. Nonetheless, when economists did turn their attention to interest groups, they did so with an analytical toolkit that has spurred the development of a more formal and more easily testable theory of government. George Stigler began such analysis in his 1971 paper on the theory of economic regulation, and this tradition has been carried forward in the literature by numerous other scholars, including Sam Peltzman (1976), Robert McCormick and Robert Tollison...