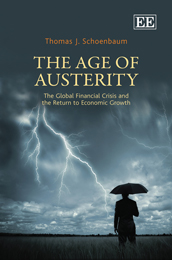 In late September 2008, banks and other financial organizations around the world were threatened with insolvency; the credit markets froze as banks stopped lending, even to each other. Businesses that depended on the markets for funds—even solvent firms depend on access to short-term money—could not get cash to make payroll, to invest, or to buy inventory. Consumer confidence fell to the lowest level ever recorded. The Bush Administration predicted economic disaster if emergency measures were not taken immediately. Secretary of the Treasury Henry Paulson proposed an emergency law giving the US government the power to bailout the financial system as the only measure that would save the banks and get the financial markets to function again. Warren Buffett called the situation an “economic Pearl Harbor.” Millions of Americans as well as people around the world were glued to the news with anguish and apprehension. Nothing like this could happen in America, or could it? Yes, it was now conceivable that millions of people could be out of work, life savings could be lost, and the country and the world might sink into deep depression. But Americans were not in favor of the measure proposed by the Bush Administration and Secretary of the Treasury Henry Paulson—a bailout of the very people and institutions that had caused the entire mess. This would reward risky and irresponsible behavior, and Americans were puzzled and angry with the government and at Wall Street and the big banks. Henry Paulson’s proposal was a multi-billion dollar program to allow the government to purchase billions of dollars in bad assets—the now worthless derivatives.