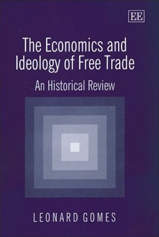 The Economics and Ideology of Free Trade

The Economics and Ideology of Free Trade makes an important contribution to the debate on globalization by providing much needed intellectual and historical perspective on the issue of Free Trade versus Protection.

3.1 CRITICISMS OF CLASSICAL TRADE THEORY Seventy-three years ago John Henry Williams of Harvard University launched a devastating attack on the English classical theory of international trade (Williams [1929] 1949).1 He criticised the static nature of the theory, the unrealism of its assumptions and its neglect of the interrelations of trade and growth. A theory which assumed ﬁxed quantities of productive factors already existent and fully employed and rules out international factor mobility became merely an exercise in ‘cross-section value analysis’, that is, a demonstration of static allocative gains. As such it was singularly incapable of dealing with the relation of international trade to ‘the development of new resources and productive forces’ and hence could not oﬀer an explanation for the glaring facts of persistent inequalities of income and structural imbalances among countries. ‘Logically followed through’, said Williams, ‘the classical doctrine of international trade contradicts itself; its conclusions contradict its premises’ (Williams [1929] 1949, p. 263). J.S. Mill was criticised for failure to see (a) ‘the relation of international trade to national economic development spread over time’ (Williams [1929] 1949, p. 265)2 and (b) that specialisation according to comparative advantage was in conﬂict with the internal mobility assumption. Specialisation for foreign markets freezes the domestic industrial structure and heightens the vulnerability of the economy to external shocks. Smith and, to a lesser extent, Marshall were exempted from this criticism. Smith’s theory of absolute advantage made no distinction between domestic and international mobility of factors and moreover...