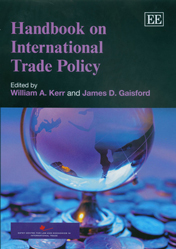 Chapter 47: Economic Sanctions for Foreign Policy Purposes: A Survey of the Twentieth Century

Gary Hufbauer and Barbara Oegg Introduction On 22 May 2003 the United Nations Security Council unanimously passed Resolution 1483 formally ending more than over a decade of comprehensive sanctions against Iraq. For most of the 1990s, the Iraqi sanctions regime, the most comprehensive sanctions apart from the two World Wars, dominated the debate about the use and eﬀectiveness of economic sanctions, about their humanitarian impact, and about the legitimacy and morality of this ‘deadly weapon’. Economic sanctions have long been at the core of international relations. The ﬁrst documented incidents of sanctions for political ends date to ancient Greece – the bestknown episode being the Megarian decree (432 BC), which banned all trade between Megara and the Athenian Empire. Throughout the history of economic sanctions, from ancient Greece through the nineteenth century, sanctions almost always foreshadowed or accompanied warfare. The idea that economic sanctions might be an alternative to the use of force only received attention after the First World War, largely owing to President Woodrow Wilson’s advocacy. Subsequently economic sanctions were incorporated as an enforcement tool in each of the two collective security systems established in the twentieth century – the League of Nations and the United Nations. Economic sanctions imposed by the League of Nations succeeded in a few small episodes, but they failed miserably in the one big case – the attempt to pry Italy out of Ethiopia in 1935. The failure of the League sanctions against Italy in 1935–1936 ultimately led to the demise of the League....