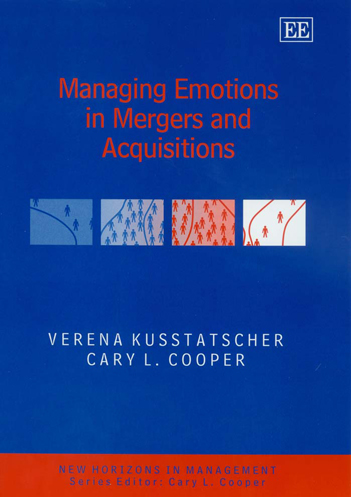 Managing Emotions in Mergers and Acquisitions

This fascinating book explains how managerial behaviour and communication styles influence the emotions of employees and affect their readiness to contribute to a successful post-merger integration. It combines emotion theories from other disciplines with recent M & A findings, and offers practical implications through illustrative case studies.

2. The M&A process In this chapter the M&A process will be presented to the reader. It seems appropriate to ﬁrst explain the merger phenomenon, its motives, reasons for failure, and to describe the stages in the M&A process (section 2.1). After having pointed out that the often forgotten ‘soft factors’ are actually the ‘tough’ ones which are crucial for merger success (section 2.2), the merger syndrome will be discussed by analysing its causes, typical emotions and its consequences (section 2.3). 2.1 2.1.1 THE MERGER PHENOMENON Merger Mania or Mergers in Decline? The term ‘merger mania’ has dominated business headlines for a couple of years. One can hardly pick up a newspaper without reading of a proposed bid or the announcement of a takeover or merger. Indeed over the last decade, the level of M&A activities has increased substantially in size and in frequency. Mergers and acquisitions have also increasingly stimulated scientiﬁc publications over the last two decades. However the merger phenomenon is not a new one. The 20th century was characterized by ﬁve major merger waves: at the turn of the century (1898–1902) the ﬁrst merger wave witnessed an increase in horizontal mergers and gave rise to many American industrial groups. The second wave, between 1926 and 1939, aﬀected mainly public utility companies. In the third merger wave (1966–9) ‘diversiﬁcation’ was the main driving force for company mergers, while the fourth wave (1983–6) tried to reverse this earlier focus...