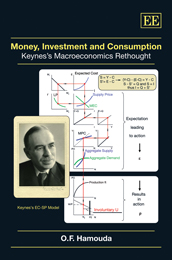 Six years elapsed between the publication of A Treatise on Money and The General Theory. To try to seize Keynes’s thinking during this period, from 1931 to 1936, has been of particular interest, and after the mid-1970s it became somewhat easier. Some new documents of Keynes dating from the early 1930s, which surfaced at that time, have since been gathered and printed in volume XXIX of his Collected Writings (Keynes, 1979). They consist mainly of correspondence, preparatory lecture notes, and fragments of drafts of some chapters of The General Theory, dated between 1932 and 1936.1 The contents of volume XXIX alone show just how much ink was spilled on corresponding, explicating, debating, and arguing about how Keynes had spelled out his theory in the Treatise but mostly about the way he was trying to carry his ideas forward to formulate The General Theory. The controversy in which Keynes found himself after publication of the Treatise was revolving around semantics. Having difficulty conveying the essentials of his theory, Keynes had to resort to redefining terms, introducing new vocabulary, and using alternative symbols. These attempts made it difficult for impatient readers to follow his thinking and gave more ammunition to his critics, like Hayek, to maintain that he was confused and changing his mind. Keynes’s re-evaluation of his own writing stems from the complexity of his incredible dissection of the economic world of his time. He had tried initially to capture it fully analytically and over time was simply trying to find...