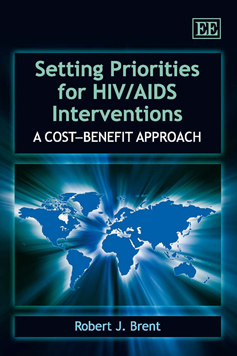 HIV/AIDS is much too complex a phenomenon to be understood only by reference to common sense and ethical codes. This book presents the cost–benefit analysis (CBA) framework in a well-researched and accessible manner to ensure that the most important considerations are recognized and incorporated.

Chapter 27: Willingness to Pay Practice: The Benefits of Condoms

When most of the HIV transmissions involve heterosexual couples, as in SSA, promoting condoms has been the major intervention instrument. However, according to Potts et al. (2008), while condoms have been successful in bringing about some declines in generalized epidemics, they have not yet played a primary role. Thus, Epstein (2007) argues for Uganda, which was one of the first countries to reverse a widespread HIV/AIDS epidemic, few people used condoms at the time the HIV infection rate began to decline. When HIV is present just in a few high-risk groups, such as CSWs, condom promotion can have a large impact. For example, the 100 percent condom use requirement in brothels in Thailand was largely responsible for “nipping in the bud” a widespread epidemic in this country. For most countries, condoms have not been used by a sufficiently large share of the population for all sexual partners and for consistently long periods. However, it is not obvious that, if condom use actually did increase on a larger scale, then large reductions in HIV prevalence would not result. So a scheme to promote condom use could be important. The intervention that will be evaluated is the condom social marketing (CSM) program in Tanzania administered by Population Services International (PSI). We will refer to numbers and calculations that appear in Brent (2009c). PSI’S CONDOM SOCIAL MARKETING PROGRAM IN TANZANIA The CSM program has existed in Tanzania since 1993. In recent years, PSI has aimed to sell condoms to promote behavior change among...