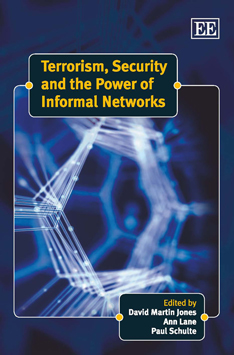 George Joffé Since the civil war erupted in Algeria in 1992, political dissidence in North Africa has been primarily expressed through Islamic activism (Wiktorowicz 2004: 2).1 Thus, a mass Islamist2 movement developed in Algeria after the October 1988 riots. After the army-based coup in 1992, designed to prevent an Islamist victory in the legislative elections held in December 2001, dissident movements and associated networks subsequently developed there as well. These have been paralleled by the similar emergence of sophisticated networks in Morocco, Tunisia and Libya in recent years. Such movements, especially in Algeria, have challenged established governments and have also been alleged to have developed links outside the North African region. The conventional explanation for both the movements and the networks that have developed from them, quite apart from the socio-economic and socio-psychological motivations usually attributed to such phenomena, is that they are ideologically based, exploiting a concept of resistance developed from specifically political interpretations of Islam – an Islamist ideology of opposition and dissidence, in short. Whilst this is undoubtedly true, it may not reflect the complete picture, particularly in Algeria. The civil war there in the 1990s reflected two other factors which have found their echoes elsewhere in the region. One has been that such movements and networks have also been penetrated and manipulated by the state through its security and intelligence services. Parallel to this, other drivers, such as smuggling networks or even peer pressure based on contiguity (viz. Sageman 2004), may also meld into ideologically driven...