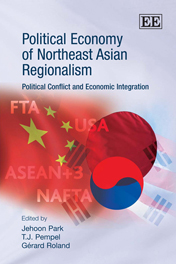 Gérard Roland INTRODUCTION When looking back over the history of the twentieth century and many of the major events that have marked it, most would agree that the experience of European integration after World War II is one of the century’s major success stories. Whatever the future of Europe in the twenty-ﬁrst century, it is fair to take stock of its success in the second half of the twentieth century. During the ﬁrst half of the twentieth century, it would have seemed unbelievable to think that French and German heads of executive would regularly consult each other on important policy aﬀairs and that French and German citizens would work together and share leisurely activities without expressing forms of nationalist animosity. European citizens traveling across the world talk about their growing sense of ‘European identity’ that is often deﬁned in opposition to parts of the ‘US identity’. Another success story of the second half of the twentieth century is the strong and sustained growth of Asian economies, starting with Japan after World War II, then the Asian tigers (mainly South Korea, Taiwan, Hong Kong and Singapore) followed by the spectacular growth of China, and more recently that of India. Interestingly, the spectacular growth that has been profoundly transforming the economic landscape of Asia has not been accompanied by any form of supranational institutional integration that could be comparable to the European Union. Forms of regionalism have emerged in diﬀerent parts of the globe (ASEAN, NAFTA, Mercosur,...