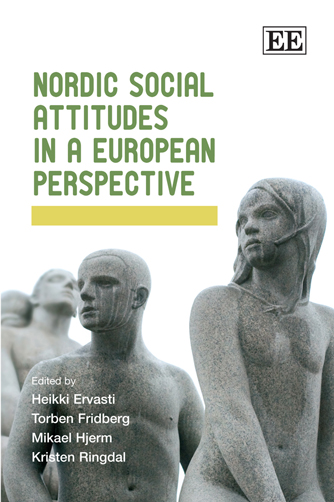 Providing highly rigorous and up-to-date data, with a wide coverage of topics, this book will be of great interest to academics and students in sociology, social policy and political science. It will also appeal to anyone interested in the Nordic countries in general.

Frode Berglund, Øyvin Kleven and Kristen Ringdal INTRODUCTION Politically active citizens are generally seen as a prerequisite for a wellfunctioning democracy. This chapter will describe the levels and crossnational patterns of political activism in Europe based on the European Social Surveys of 2002 and 2004. The main focus is on citizens’ actions that are aimed at inﬂuencing political decisions. These actions include directly contacting politicians, writing petitions and involvement in public demonstrations, but exclude participation in elections. The political cultures of the countries may be seen as important contexts for political activism. More speciﬁcally, we employ a classiﬁcation of the countries by democratic traditions, thereby distinguishing between the Nordic countries, the old and the new democracies in Western Europe and the new democracies of Eastern Europe. Although we focus on the current situation in Europe, an overview of the general trends in political participation since the 1960s may help to widen the perspective on the present. We may distinguish between three broad interpretations of trends in political participation in the Western democracies: the democratic crisis scenario, the changing conception of citizenship (Dalton 2008), and the rise of post-materialism (Inglehart and Catterberg 2002). The successive decline in election turnouts in combination with decreasing numbers involved in party membership and party organizations in most countries has led observers and researchers alike to conclusions that suggest a growing democratic crisis (Dalton 2008, p. 2). Since the 1970s, election turnouts have been declining in most countries (Blais 2000; Gray and Caul...