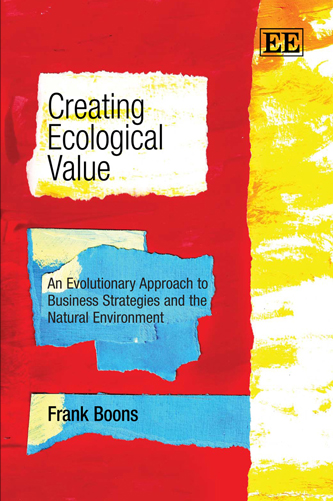 An Evolutionary Approach to Business Strategies and the Natural Environment

Firms adopt a wide variety of ecological strategies, ranging from the development of innovative products with reduced environmental impact to lobbying against governmental attempts to set standards for the way in which firms deal with the natural environment. This book explores this variety and is the first to provide a coherent evolutionary approach to the ecological strategies of firms.

The automobile is in several respects the shining icon of developed industrial societies. It epitomizes the individuality that accompanies prolonged economic growth. For many consumers it is more than a means of transportation; it is considered to be a status object which shows the possibilities for the emancipation of the workforce. Moreover, its systems of production have been at the heart of two waves of innovations in modern management with Fordism in the 1930s and lean production in the 1980s.1 At the end of the nineteenth century the automobile started to replace the horse and carriage. In the decades that followed it became a dominant form of transportation. Originally it was a luxury product that was produced in craft shops which made unique automobiles built to specifications. During this period car makers experimented with different technological options for propelling their cars. For some time electric cars were a serious alternative2 but eventually the internal combustion engine (ICE) emerged as the dominant design, powered by oil-based fuel and backed up by a stable supporting infrastructure of filling stations and repair shops. From the many producers of automobiles in Europe and the US a small number developed into mass producers. Henry Ford was a major innovator in terms of developing a product and associated production technologies that enabled the mass production of cars. After the Second World War three firms dominated the US market: Chrysler, Ford and General Motors. In Europe many countries had their national car manufacturing firms. As described in...