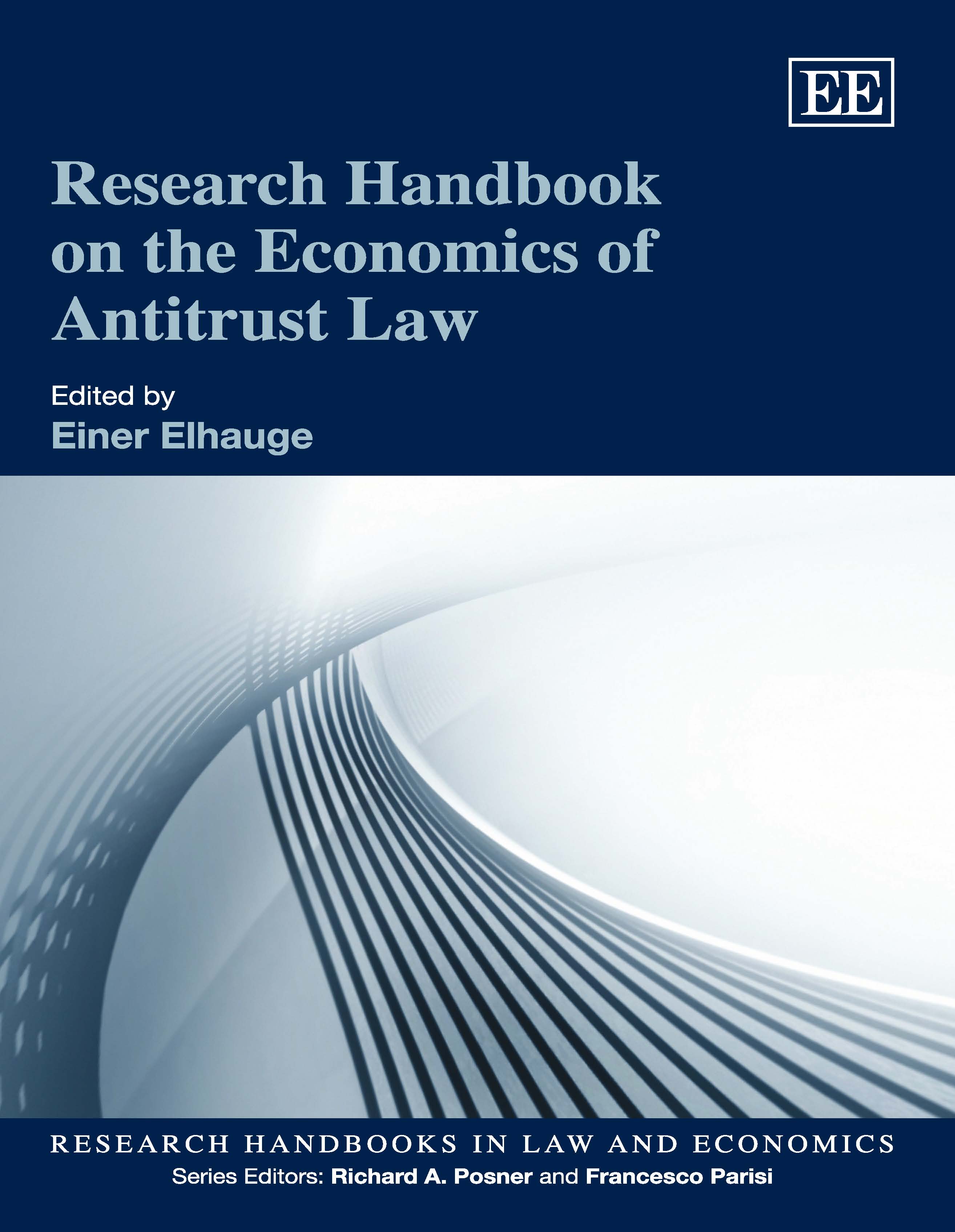 Research Handbook on the Economics of Antitrust Law

One might mistakenly think that the long tradition of economic analysis in antitrust law would mean there is little new to say. Yet the field is surprisingly dynamic and changing. The specially commissioned chapters in this landmark volume offer a rigorous analysis of the field’s most current and contentious issues.

John Kwoka I INTRODUCTION Modern merger analysis began with the promulgation of the 1982 Merger Guidelines by the Antitrust Division of the Department of Justice and the Federal Trade Commission. Those Guidelines focused on harm to competition from various types of mergers, primarily those between direct horizontal competitors but also including vertical mergers and those that ‘eliminate[d] specific potential entrants’.1 As part of the latter concern, section 4.11 of the Guidelines endorsed the ‘theory of potential competition’ – the proposition that a merger between an incumbent firm and another at the ‘edge of the market’ could adversely affect competition – and outlined an analytical framework for policy toward such mergers. From that point the doctrine of potential competition has had an unusual history, both in subsequent revisions of the Merger Guidelines and in enforcement practice. The revisions issued in 1984, 1992, and 1997 extended and clarified the Guidelines with respect to particular issues (entry, efficiencies, and competitive effects) but they notably omitted any explicit reference to potential competition. While the agencies provided an accompanying statement asserting there was ‘no change in their policy toward non-horizontal mergers’2 (a category that included potential competition), it seemed clear that potential competition concerns had been downgraded. The reasons for this change in policy appeared to be a combination of a more stringent legal standard of proof for potential competition mergers and a progressive decline in overall merger challenges as the antitrust agencies and courts came to view mergers in a more favorable light.3 Interestingly, therefore,...