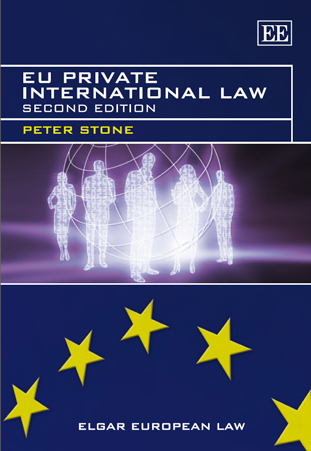 INTRODUCTION On 29th May 2000 the EC Council adopted Regulation 1346/2000 on Insolvency Proceedings, which may conveniently be referred to as the Insolvency Regulation.1 The Regulation entered into force on 31st May 2002 for the fourteen then Member States other than Denmark;2 on 1st May 2004 for the ten States which joined the European Community on that date;3 and on 1st January 2007 for Bulgaria and Romania.4 The exclusion of insolvency proceedings from the scope of the Brussels I Regulation by Article 1(2)(b) reflects the perception that, in view of their specific nature, such proceedings require special rules differing from those appropriate for ordinary civil or commercial disputes. Accordingly, negotiations under Article 220 of the EEC Treaty, aiming to establish a convention on insolvency, commenced in 1963. A Draft Convention on Bankruptcy, Winding-up, Arrangements, Compositions and Similar Proceedings, together with a Report thereon, emerged from a working group in 1980,5 but in 1985 work thereon was suspended by the EC Council. Thereafter negotiations within the Council of Europe led to the opening for signature at Istanbul on 5th June 1990 of a Convention on Certain International Aspects of Bankruptcy,6 but the Istanbul Convention has not been ratified by any of the EU Member States. Eventually, negotiations at Community level were re-opened in May 1991, and these led to the opening for signature on 23rd November 1995 of a Convention on Insolvency Proceedings.7 By Article 49, this Convention was to be open for signature by...