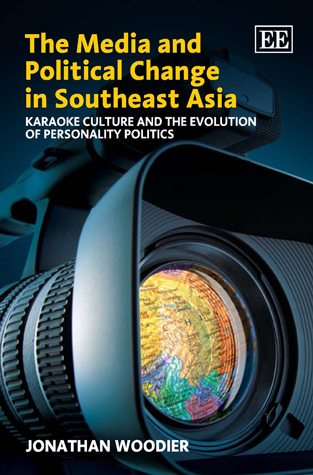 The Media and Political Change in Southeast Asia

Karaoke Culture and the Evolution of Personality Politics

Jonathan Woodier’s latest work considers what impact the media has upon the democratization process in Southeast Asia. Has the media had a liberalizing effect or become subject to elite control in Southeast Asia and, if so, why? What role does the global media play in this process, particularly given its conglomerization and commoditization? By examining the communications media and its relationship to political change in Southeast Asia, this fascinating study will endeavour to provide both a regional comparative analysis and a more balanced interpretation of the mass communication media in the wake of September 11, 2001. The book also investigates the durability of authoritarian regimes and the enduring capacity of the media-controlled state alongside the growing sophistication of political communications – particularly the use of PR consultants.

The conglomeration of media ownership into the hands of transnational corporations which lack distinctive national identities and neither neither ‘reﬂect nor respect nationhood as an organizing or a regulative principle’ (Barber 1995, p. 13), oﬀers a major challenge for national governments. This encroachment is an issue which has been consistently raised by the states of Southeast Asia, particularly vulnerable to external pressure given that their economies are so dependent on foreign trade and investment. This chapter, then, examines the issues that the globalization of the media, and the ongoing technological developments that have made that globalization possible, raise for the political elites of Southeast Asia. It considers the question of whether Southeast Asia is subject to the encroachment of the global media, what eﬀect that has had on the local media industry and how any developments have impacted the perception of the challenges to regime survival. Despite the erosion of national sovereignty by the growth of global markets, the media is not simply an avenue down which march the imperial legions of cultural change (Blumler and Gurevitch 1996, pp. 132–3). While the media has a role in cultural transformation, the process is both complicated and unpredictable (Thompson 1995, p. 190). Being able to watch the ‘silicone-enhanced imperial master race’ cavort, bikini-clad, on America’s Bay Watch beaches probably does stimulate the capacity of its audience around the world to imagine alternative ways of life, but they absorb these messages in culturally particular ways. A UNESCO-sponsored study of...