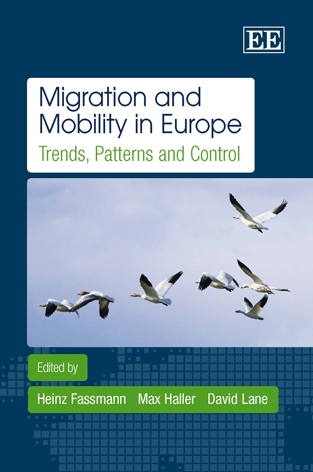 Migration and Mobility in Europe

The enlargement of the European Union has had an enormous impact on migration within Europe. This book addresses the form of these effects, outlining the social, political and economic problems created by the free movement of people within the European Union.

Claire Wallace and Kathryn Vincent INTRODUCTION 9.1 The enlargements of the European Union (EU) in 2004 and 2007 led to the incorporation of twelve new member states, eight of them bordering countries that were part of the Soviet Union and are now referred to as NIS (Newly Independent States). This has created a new borderland between east and west with new flows of goods, people and capital. Despite the imposed migration regulations (stricter and more rigid than before), there are significant and increasing flows of migrants from the NIS into the EU and elsewhere in the world (Israel, USA, Canada and Russia). While the new member states were originally the target of this migration (before their incorporation into the EU) migrants now head increasingly for other destinations in Europe and elsewhere. In this respect both new and old EU member states are targets of migration (Drbohlav 1996, Bedzir 2000, Stola 2000, Dietz and Segbers 1997, Iglicka and Sword 1998, IOM/ICMPD 1999). This chapter relates to the new migration situation between NIS countries and the enlarged European Union. The chapter focuses upon the following factors: the characteristics of different kinds of migrants; their destination countries; the activities and financial situation of migrants and finally the role of social capital and gender in determining these patterns. 9.2 THE NEW FAULT LINE The new European borderland represents a geographical fault line in several respects. Although economies have improved in most of the NIS countries since the turn of the century, living standards are...