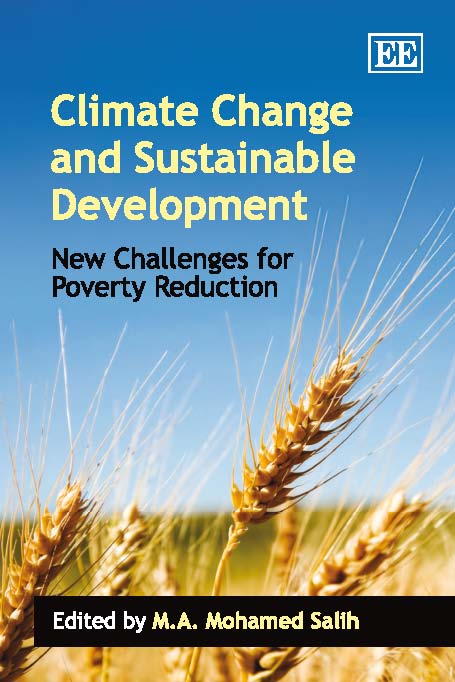 Edited by M. A. Mohamed Salih

This unique book provides cutting-edge knowledge and analyses of the consequences that climate change will have for sustainable development and poverty reduction within the context of global development.

1 Potentially conflicting new driving forces are redefining the world food situation. Since 2006, there has been a surge in food prices worldwide. Average agricultural food prices increased by 80 per cent and the prices of some basic grains, such as maize and wheat doubled or, as in the case of rice and soybeans, tripled. The surge follows a prolonged period of declining food prices. By mid-2008 world food prices corrected for dollar inflation were still well below what they were in the 1970s and early 1980s (see Figure 14.1). For the world’s poor however, it does not feel anything like a period of cheap food. Not only did the recent surge in food prices seriously threaten their food security, but also reduced access to food. Much of the recent surge in food prices is related to a series of compounding short and long term factors. After a slump in the developing countries during the first half of the 1980s, agricultural investment recovered somewhat but did not return to the levels seen in the 1970s (FAO 1999). Additionally, growth rates of yields for major cereals (wheat, maize and rice) slowed since 1960 in the developing countries (World Bank 2007). Although the average yield for coarse grains increased from 1.4 million to 3.2 million tons per hectare from the 1960s to the present, productivity growth decelerated from 2.6 per cent per year in the 1960s to 1.6 per cent per annum over the past decade.2 Growth in supply has not been...