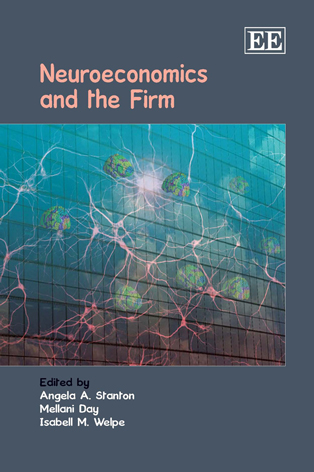 Neuroeconomics and the Firm

The ideal firm has been studied over several centuries, yet little is known about what makes one successful and another fail. This pioneering book brings together leading researchers investigating the concept of the firm from a neuroscientific perspective.

Chapter 6: In the Words of Larry Summers: Gender Stereotypes and Implicit Beliefs in Negotiations

Laura J. Kray, Connson C. Locke and Michael P. Haselhuhn In January 2005 a firestorm erupted after Larry Summers, the President of Harvard University, remarked at a conference on ‘Diversifying the science and engineering workforce’ that men and women may differ in their ‘availability of aptitude’. He put forth the admittedly controversial hypothesis that women may have less aptitude than men at the high end of the scale, which could explain women’s relative absence in highly competitive scientific professions. By February 2006, Summers had abruptly resigned from the presidency, with his remarks endorsing gender stereotypes still reverberating on Harvard’s campus and beyond. The current chapter seeks to understand how the endorsement of gender stereotypes affects the performance of men and women in a stereotyperelevant domain. We explore how exposure to comments proposing innate sex differences in ability affects performance in a negotiation task requiring cooperation and competition. Building on previous research exploring the stereotype confirmation and reactance processes (Kray et al. 2001), we hypothesize that the blatant endorsement of gender stereotypes, as expressed in the words of Larry Summers, would have the ironic effect of impairing outcomes of male negotiators relative to their female counterparts. In Kray and colleagues’ research, an experimenter explicitly endorsed the view that men and women differ in their negotiating abilities prior to having mixed-sex dyads engage in a quantifiable negotiation task. Doing so produced a counterintuitive effect: by gathering the wherewithal to disprove the stereotype, women actually outperformed, rather than underperformed, their male counterparts. In...