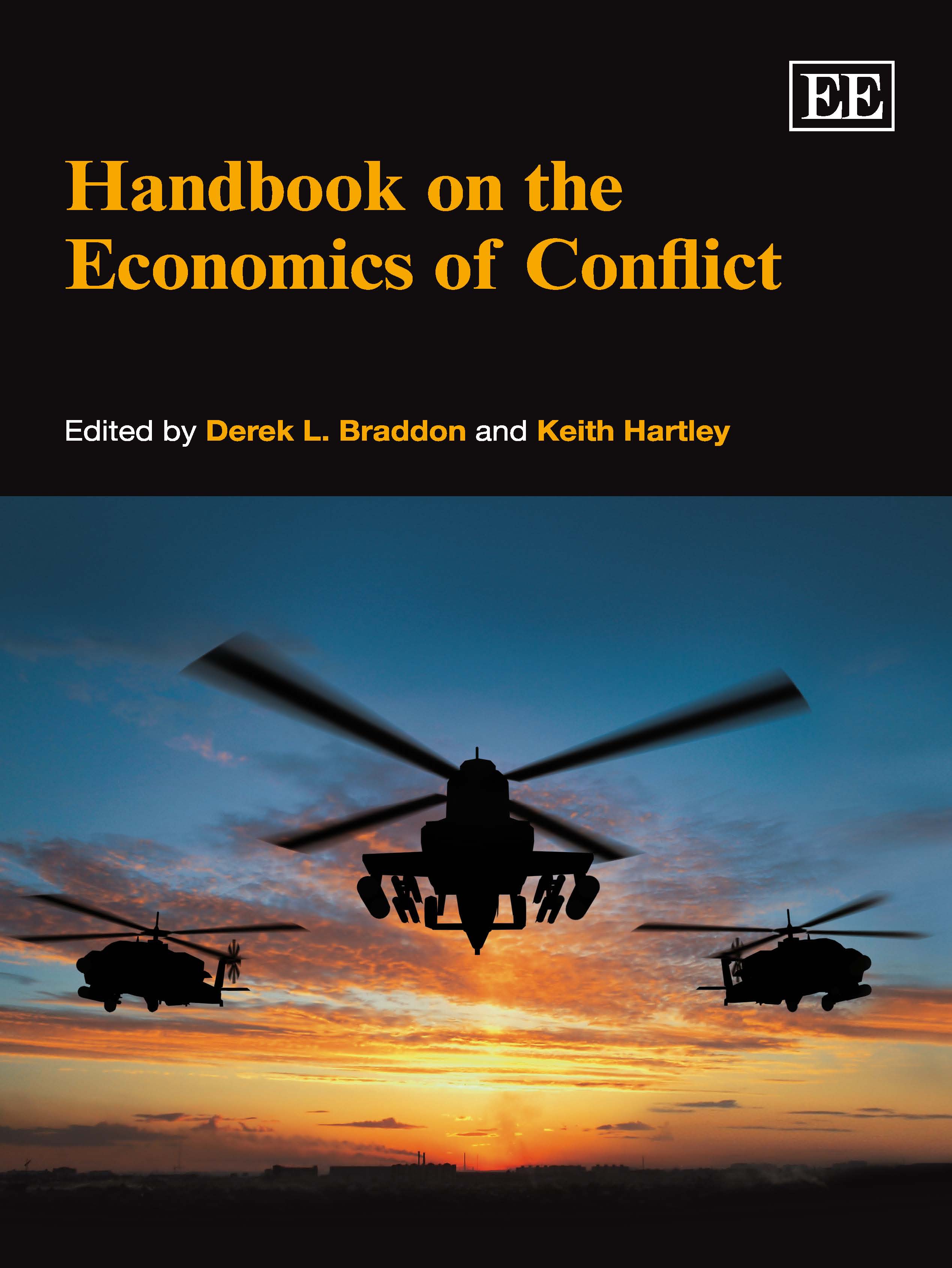 Handbook on the Economics of Conflict

The Handbook on the Economics of Conflict conveys how economics can contribute to the understanding of conflict in its various dimensions embracing world wars, regional conflicts, terrorism and the role of peacekeeping in conflict prevention.

Sennur Sezgin and Selami Sezgin 15.1 INTRODUCTION Since the end of the Second World War, developed nations have been relatively peaceful, but developing nations have frequently been involved in armed conflict, especially from 1980 to 2010 when civil conflict has risen remarkably. Collier and Hoeffler (2001) indicate that there were 78 civil wars between 1960 and 1999. In 2008, there were 16 major armed conflicts in the world. This is two more than in 2007. Major armed conflict has declined overall since the mid-1990s but this decline has not been steady: sometimes it fell, as in 2002 and 2004, and then increased as in 2005 (SIPRI, 2008, 2007). These conflicts affect a nation’s economic performance. Armed conflict is believed to have strong negative effects on economic performance. However, the evidence on this subject is very small, because it is difficult to assess how economies would have been in the absence of conflict. This chapter analyzes the economic cost of armed conflict in Turkey. What is the cost of conflicts and how do conflicts affect the economy? The chapter assesses the effects of conflict on economic outcomes, such as effects on income, production, unemployment, investment and sector-specific growth. The terrorist conflict in south-eastern Turkey is taken as a case study. The causes of conflict have mostly been studied by political scientists. They are generally focused on grievance, such as ethnic hatred, political repression or inequality. In contrast, the macroeconomic impacts of conflict are mostly neglected. The reason for civil conflict in...