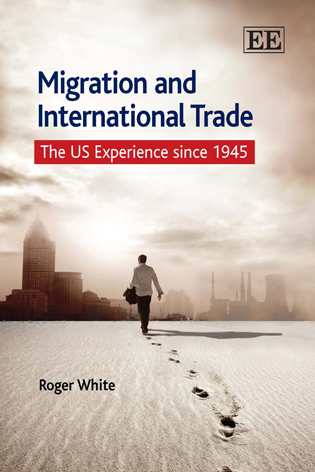 The US Experience Since 1945

This unique book synthesizes and extends the immigrant–trade literature and provides comprehensive coverage of this timely and important topic. In that vein, the author contributes to the understanding of the relationship between immigration and trade and sheds light on a noteworthy aspect of globalization that both confronts policymakers with challenges and offers the potential to overcome them.

Chapter 4: A Brief Review of US Immigration History

To better facilitate review, the history of US immigration is partitioned into five waves.1 The first four waves primarily involved migration to the US from European nations. The predominance of immigrant arrivals from Europe was fostered, in large part, by US immigration policy. For example, as early as 1790, the US Congress passed legislation which discouraged immigration from non-European countries. Subsequent policy changes led to the provision of additional incentives for European migration and disincentives for non-Europeans to migrate. As a result, the overwhelming majority of US immigrant arrivals prior to 1968 were from Europe and Canada. Implementation of the Immigration Act of 1965 in July 1968 led to a sustained and pronounced shift in the source countries/ regions of immigrant inflows with, in recent decades, Asia and Latin America and the Caribbean Basin having emerged as the principal source regions. A consequence of US immigration policy is that the composition of immigrant inflows led the culture and institutions of the US to evolve such that they are, broadly speaking, more similar to the cultures and institutions of European nations and of non-European nations that were largely settled by Europeans (that is, Australia, Canada and New Zealand) than to the varied cultures and institutions that characterize much of the rest of the world. Additionally, the sustained entry preference afforded to immigrants from European nations contributed to the development and strengthening of business ties and trade channels between individuals and firms in the US and in Europe. Cultural and institutional similarities...