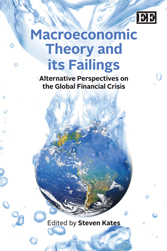 J.E. King1 MY MANY OBJECTIONS TO NEOCLASSICAL MACROECONOMICS 1. With my co-author, Mike Howard, I predicted the global financial crisis (GFC) almost a year before it occurred (Howard and King, 2008: 233–7; the manuscript of this book was sent to the publisher on 15 July 2007). I make no claim to any great powers of foresight. Anyone familiar with the work of Hyman Minsky would have made the same prediction, and the crisis has sometimes been described as a ‘Minsky moment’, though ‘Minsky half-century’ would be more accurate (Papadimitriou and Wray, 2008: 2). Minsky was the inspiration for one of the three principal sub-schools of post-Keynesian economics, the other two being the Kaleckians and the fundamentalist Keynesians or Davidsonians (King, 2008). The three factions are in dispute on a number of important issues, but they are in broad agreement on the fundamental principles of macroeconomic theory, and the corresponding policy agenda, for an advanced capitalist economy. I myself have considerable sympathy for the Kaleckian position, due in part to my residual Marxism (on which more below), but this is tempered by an acceptance of Minsky’s work on financial instability; finance was a topic on which Kalecki had very little to say. First, though, the general principles of post-Keynesian macroeconomics must be summarized. The best brief statement remains that of A.P. Thirlwall, almost 20 years ago. The ‘six central messages of Keynes’s vision’, he suggested, were the propositions that output and employment are determined in the product market, not the...