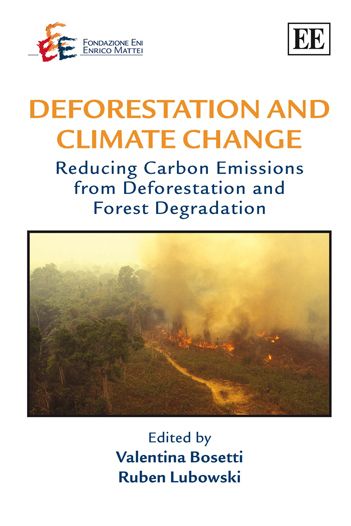 Deforestation and forest degradation have long been recognized as environmental problems, with concerns over conservation of natural habitats and biological diversity capturing both scientific and public attention. More recently, the debate over tropical forest conservation has radically shifted to the approximately fifteen percent of global greenhouse gas emissions that are caused by deforestation and forest degradation, and to the potential synergies from integrating forest management with climate change policies.

Chapter 4: International Forest Carbon in the US Congress: A Survey of Key

Congressional Staff Lou Leonard, Raymond Kopp and Nigel Purvis1 4.1 SUMMARY Tropical deforestation constitutes the second-largest source of greenhouse gas emissions in the world – producing nearly 20 per cent of the global total and more than that produced by all of the planet’s automobiles, planes, trains, and ships combined. In the developing world, deforestation is the single largest emissions source in a majority of countries, accounting for roughly 80 per cent of emissions by two of the world’s top emitters, Brazil and Indonesia. Momentum is building in the United States and abroad for reducing emissions from deforestation and degradation (REDD). Whereas the Kyoto Protocol excluded deforestation, a broad consensus now exists for including all forest emissions in the next global climate agreement, which nations intend to conclude by December 2009. Tropical forest conservation provisions, moreover, were included in many leading climate bills considered by Congress over the past few years, including the Boxer-Lieberman-Warner bill debated in the Senate in June 2008. Nevertheless, tropical forest conservation provisions have not been prominent in the discourse on US climate change policy, which has focused largely on domestic emissions. Recognizing that additional research on international forest carbon might be useful to US policymakers, Resources for the Future (RFF) undertook this study to gauge the general understanding of this issue among congressional lawmakers and staff. Over the course of two months, Lou Leonard interviewed more than 30 congressional staffers – Republicans and Democrats, from committee and personal offices, and in both the House and the Senate...