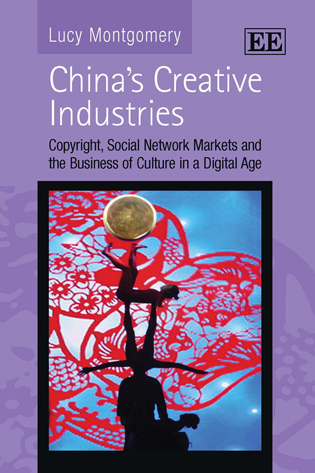 Copyright, Social Network Markets and the Business of Culture in a Digital Age

China’s Creative Industries explores the role of new technologies, globalization and higher levels of connectivity in redefining relationships between ‘producers’ and ‘consumers’ in 21st century China.

By 2005 China’s film industry had been engaged in a process of commercialization and reform since the early 1990s. Policy changes were encouraging private investment in film production (Hui 2006: 63), and filmmakers were required to operate in an increasingly market-driven environment. However, it was clear that, in spite of structural changes to the industry and a shift away from state-funded production, film continued to be viewed by China’s policymakers in political and ideological terms. Onerous censorship restrictions, tight foreign film import quotas and a poorly developed commercial cinema network meant that there were major gaps between films that could be legally made and distributed and those demanded by audiences. A weak copyright environment and well-developed illegal distribution networks were two important factors in the popularity of ‘pirated’ DVDs, which had become the most common form of film consumption for the majority of China’s citizens. For many Chinese filmmakers working at the coalface of the industry’s commercial transformation, balancing censorship restrictions with the demands of the market and artistic ambition presented a much more immediate challenge than copyright enforcement. The image that emerges of China’s film industry in the first half of the twenty-first century is one of a sector in the midst of transformation – from state-funded production and state-mediated consumption towards much greater reliance on private investment and commercially generated returns, albeit within a context of continued government desire to maintain control over content. This chapter explores this transformation, drawing on interviews with directors and producers working in the...