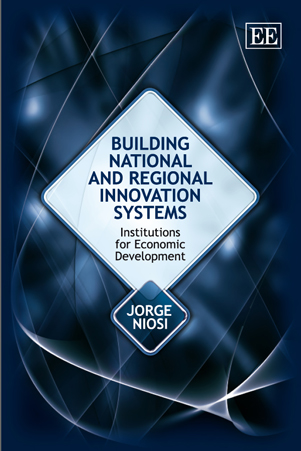 Following the demise of the Washington Consensus, developing countries are looking for new ideas to guide their development. This innovative book suggests taking seriously some of the findings of evolutionary economics and paying specific attention to the institutions that matter for economic development, particularly those related to science, technology and innovation.

Convergence of productivity among countries in the international economy has been one of the most standard predictions of neoclassical theory. Rich nations would experience declining growth rates as the return on investment in these nations would be lower; conversely, poor countries would attract capital because they offer higher rates of return. During the last twenty years, the issue of convergence and divergence in the international economy has produced a large and multifarious literature (Islam, 2003). Scholars study convergence and divergence in terms of both productivity and income. Evidence shows that global convergence across economies does not occur, but some ‘club convergence’ does, particularly among members of the Organization for Economic Cooperation and Development (OECD). Yet most nations do not converge towards the rich countries’ OECD club, most conspicuously poor ones in Africa, Asia, and Latin America. The gulf between the richest and the poorest countries has increased, even if some major South East Asian nations – first South Korea, then China, and more recently India – have started to converge towards the rich club. Twentieth-century history tended more to periods of catching up for groups of nations, such as western Europe, South East Asia or Latin America, some of which later fell behind. In the last hundred years, few countries (mainly Japan and main nations in western Europe) have consistently caught up with the leader (first the United Kingdom, then the United States), and these are today’s major OECD countries. Behind the hypothesis of convergence, one finds in neoclassical theory the usual...