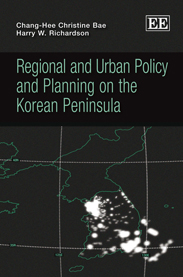 Harry W. Richardson and Chang-Hee Christine Bae POPULATION Seoul is one of the largest metropolises in the world and was one of the fastest growing. Seoul’s population almost quintupled over the last half century, raising its population from 5.2 million in 1960 to 24.9 million in 2009, and making the core City of Seoul one of the most densely urbanized areas in the world, with 16 500 residents per square kilometre. In addition, Seoul is notable for its fast suburbanization process. Massive suburban residential development, including five new towns in the suburbs, has attracted about 3.3 million people from the core City of Seoul to the suburbs over the last 25 years. The population of Seoul City was only 250 000 in 1920. By 1960, it had grown to 2.45 million. Then, it entered its period of fastest growth, reaching 8.364 million by 1980. The city’s population peaked in 1992 at 10.97 million, and the trend has been declining ever since with a few very moderate increases in individual years; the 2009 population was about 9.9 million. Between 1990 and 2000, the population of Seoul City declined by 718 000, while that of Gyunggi Province soared by 2 767 000, 28 per cent faster than the country as a whole. Balancing these rates out, the Seoul Metropolitan Area (SMA) grew slightly faster than the country (by 1.5 per cent). The primary reason for the fastest growth in the 1960s and the 1970s was rural–urban migration in response to industrial...