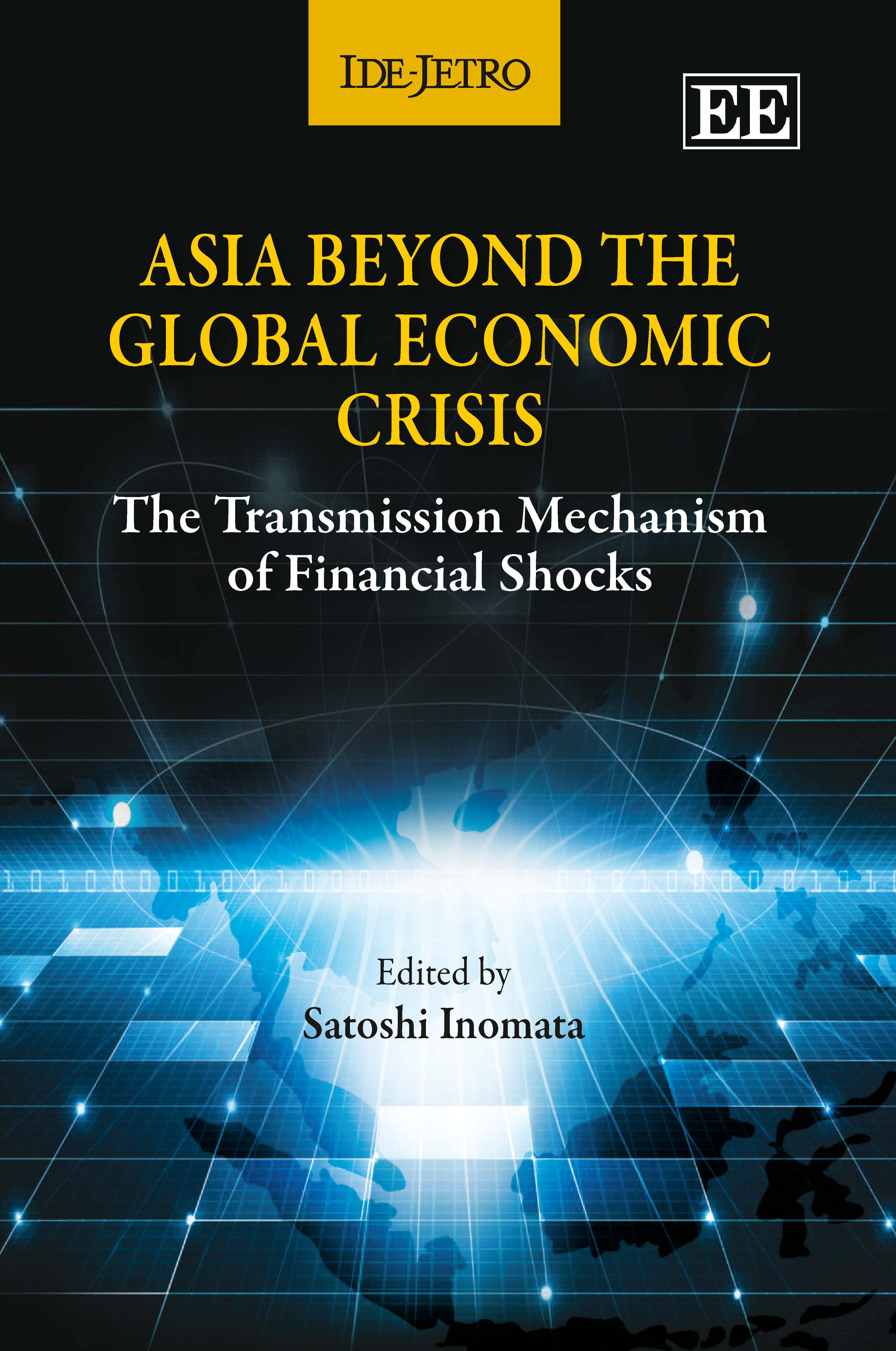 Asia Beyond the Global Economic Crisis

The Transmission Mechanism of Financial Shocks

The characteristic feature of the recent global economic crisis is the speed and extent of the shock transmission. The development of cross-national production networks in recent years has significantly deepened the economic interdependency between countries, and a shock that occurs in one region can be swiftly and extensively transmitted to the rest of the globe. The sudden contraction of world trade and output was a negative outcome of this intertwined global economic system. Based on the method known as international input–output analyses, this book provides a detailed examination of the mechanics of shock transmission by probing the labyrinth of complex supply networks among nations.

Chapter 1: The Triangular Trade: The Shock Transmission Mechanism in the Asia-Pacific Region

Ikuo Kuroiwa, Hiroshi Kuwamori and Hajime Sato 1. INTRODUCTION The financial meltdown that occurred in the USA in 2008 hit the countries in the Asian region severely. Although the damages sustained by financial institutions in Asia from the sub-prime shock are less serious compared to those in the USA and Europe (IMF, 2009, p. 71), many Asian countries are suffering more badly than the USA, the seismic epicentre of the crisis, on their production side (Figures 1.1a and 1.1b). Although North-east Asian countries had enjoyed sound real GDP growth until 2007, growth rates plummeted in 2008. In particular, Japan’s growth rate turned negative, from 2.7 per cent in 2007 to 20.7 per cent in 2008, with a further decline expected in 2009. The growth rates of Japan, Korea and Taiwan are also forecast to become negative and lower than that of the USA. Only China is expected to maintain positive growth, although significantly slowed, from 9 per cent in 2008 to 6 per cent in 2009. Countries in Southeast Asia retained positive growth in 2008, yet this is forecast to turn negative in 2009. However, significant variations exist among the countries concerned as regards the impact of the crisis. The growth rate of Indonesia was estimated at 21.3 per cent in 2009, while that of Singapore was 28.8 per cent, much worse than that of the USA. The purpose of this chapter is to investigate the transmission mechanisms of the US financial crisis to Asian countries. Specifically, two questions will...